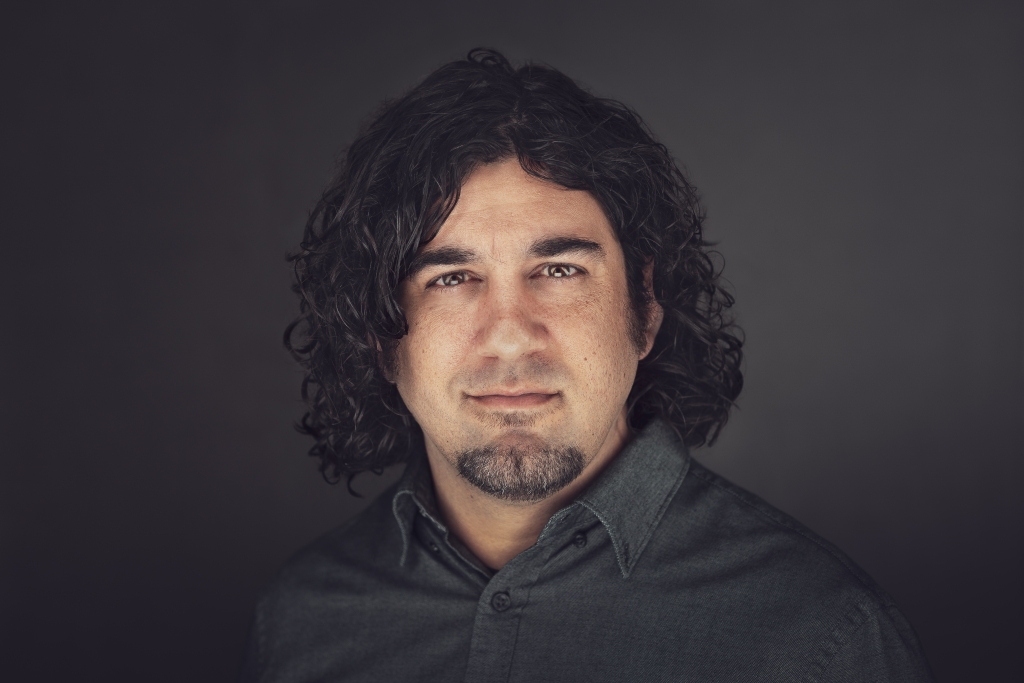 Rick Pidcock is a writer, poet, musician and speaker who creates new worlds of awareness that foster converging love. He approaches every article, book, album, or presentation as a conversation to cultivate awareness of the complexity, depth, and union within and among us.

After twenty years of leading worship in churches, Rick embarked on a season of spiritual healing where he learned to face his wounds and discover the wonders he had long been suppressing. His journey led him off the stage and drew him home.

He began producing music under the artist name Provoke Wonder, releasing his first full album “Consider the Stars” in 2020. Prior to the album’s release, it was featured at the 2019 BioLogos National Conference, where Rick led a session to share his story and a few songs from the album.

He graduated in 2021 from Northern Seminary with a Master of Arts degree in Worship, where he received the Academic Achievement award.

His first children’s book, What If?, is scheduled to release in 2022.

Rick completed a Fellowship with Baptist News Global, where he is a regular contributor. He has also written for BioLogos, Patheos, and the Center for Christogenesis.

Mark Wingfield, who is the Executive Director and Publisher of Baptist News Global, said: “I hope you’ve come to love the writings of Rick Pidcock, our former Clemons Fellow who is a keen analyst of American religion. Rick’s analysis and opinion pieces are some of our most-read content. And they always produce reactions.”

Rick is a stay-at-home dad and lives in Greenville, SC with his wife and five kids.

My interest in music and writing began at such an early age that I sang my first solo in church at age three, and was writing stories and songs by age five.

One morning, I was pretending to direct music when suddenly I was told that I was directing improperly because I was expressing too much emotion. So I had to suppress what I was feeling. The following year, I suffered physical abuse by my second grade teacher almost on a daily basis. And so I had a physical reinforcement to bury my wonders in the soil of suppression.

Having been taught since before I have memories that I would burn for eternity if I didn’t say a prayer and really mean it, I was constantly praying in hopes that I’d have my theology and motivations right enough for God to accept me. The combination of Purity Culture and Left Behind Culture during my high school years didn’t exactly help things.

In the year 2000, I went to Bob Jones University to pursue a B.A. in Bible, fully expecting that the Rapture would happen before I had a chance to get married. But it never did. So I married Ruth Ellen in December 2003.

After graduating the following spring, we moved out to Denver, CO to help start a church, where I led the worship and small groups, and occasionally preached. I started a cleaning business during my time there in order to give me the flexibility to volunteer for the church. But seven years later, after a difficult season that included our pastor’s divorce, we ended up having to move on.

One year later, we moved back home to Greenville, SC. With a growing family, I tried to find a job that would pay well enough to take care of us. But nobody would take my resume seriously due to my church planting and cleaning work. So I realized that starting my cleaning business once again would be our only shot.

I was also volunteering to lead worship for a megachurch in town, and would eventually lead a project for them to produce their first worship album.

During this time, they connected me with the 10,000 Fathers and Mothers Worship School for a season of healing and development. On our first night, a leader from 10KFAM told us that we needed to have God-awareness and self-awareness. I figured that my God-awareness was totally fine, but that I had never thought about my self-awareness.

I began to realize that night that I had no idea how hurt I was. The next year began a season of facing my wounds, grieving and healing, listening to others, and learning to love myself well.

When I graduated from 10KFAM, my body was struggling under the physical and financial stress of my cleaning business. So I began applying to churches for worship pastor jobs. But again, nobody would hire me due to my resume.

Because my season of growing in self-awareness helped me grow in awareness and empathy, I began to realize how my theology had been numbing my wounds and suppressing my wonder. So when I died to the need to be hired by a church, I was free to ask the questions I had been suppressing.

I soon enrolled at Northern Seminary as part of my journey of reconsidering everything I believed in. I graduated in June of 2021 with a Master of Arts degree.

In December of 2019, Ruth Ellen and I decided to switch places. She had received a B.A. in Interior Design, but had spent the previous ten years freelancing while taking care of our five kids. I was struggling with my cleaning business, but really wanted to write. So she was able to get a really well paying interior design job, while I came home with the spiritual and financial freedom to be a stay at home dad and a writer.

My desire in my writing is to create new worlds of awareness that foster converging love. Whether I’m working on a song, an album, an article, or a book, I’m provoking wonder that helps us become more aware of the universe within and outside us so that we can become more whole within and with others.

While much of my journey has come from the Christian tradition, I also feel the freedom to explore the wonders and wounds of my neighbors, whether they are Jewish, Muslim, Buddhist, Agnostic, Atheist, or anything in between. I want to help us all learn to leave our theologies of hierarchy and exclusion that wound and separate us and move toward theologies of convergence and embrace that heal and bring us together. I hope this website will be a resource for you on that journey toward realizing what has always been true.