This article originally appeared at Baptist News Global on January 24, 2023.

Imagine facing a medical condition and choosing to do nothing because of money. That was the case for 38% of Americans in 2022, up 12 percentage points from the previous year.

According to Gallup, 27% of Americans reported the medical issues they were putting off dealing with were somewhat to very serious.

As we sat on the hallway floor after we found out that my wife, Ruth Ellen, had stage three breast cancer in October 2021, I had many fears and questions. In addition to the fears and questions about her condition, I also wondered how I was going to care for her and for our five children, how we were going to survive financially, and how we were going to afford her treatments.

Doing nothing was not an option. And we had no idea what insurance would or would not cover. A plight for poor families and women

The problem of being able to afford health care is especially felt by families with lower incomes. According to Gallup: “Americans with an annual household income under $40,000 were nearly twice as likely as those with an income of $100,000 or more to say someone in their family delayed medical care for a serious condition (34% vs. 18%, respectively). Those with an income between $40,000 and less than $100,000 were similar to those in the lowest income group when it comes to postponing care, with 29% doing so.”

“A significant percentage of children have parents who are not receiving the medical care that they need.”

While many older people are covered by Medicare, younger families do not have that luxury. So while 13% of people 65 and older skipped treatment, 25% of those between ages 50 to 64 and 35% of people between ages 18 to 49 opted out. This means a significant percentage of children have parents who are not receiving the medical care that they need.

Gallup also found women were disproportionately affected, with 32% of women compared to 20% of men delaying treatment, which was “a 12-point increase from 2021 for women and a five-point increase for men.” Because health care tends to be viewed primarily through political lenses in the United States, the question many want to ask is whether the Republicans or the Democrats are more to blame.

One obvious factor to consider is the influence of inflation on these numbers. With the rising cost of living, it makes sense that people would have financial concerns about how they might pay for the medical attention they need.

Republicans blame Democrats for inflation due to the stimulus packages that have been passed in the wake of the COVID-19 pandemic and because it’s easy to blame the president who is currently in office for the problems currently happening. Democrats blame inflation on more complex global issues related to the pandemic and claim Republicans didn’t do enough to support those who need help the most and to hold accountable those who would take advantage of them.

But whoever is to blame for inflation in the years since the start of the COVID-19 pandemic is to some degree beside the point. The trends going back to 2001 show the disparity between the wealthy and the poor, between the old and the young, and between men and women have been consistent the entire time.

In other words, our health care crisis cannot be reduced to blaming it on political opponents of the past few years. It has been going on for decades and the disparities along gender, race and class lines are getting worse. The history of communal Christian hospitality

In his book Medicine and Health Care in Early Christianity published by Johns Hopkins, Gary Ferngren explores what the earliest Christians believed about disease and healing. Even though the Bible contains stories about miraculous healing, Christians accepted the medical knowledge of the Greco-Roman world rather than hoping for miracles to heal them.

Coffee, conversation and Christianity go together like cups and saucers

Think you understand what it’s like to live on minimum wage? Here’s my story.
0 replies 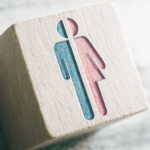