This article originally appeared on August 24, 2021 at Baptist News Global.

The more people talked about Christianity Today’s new podcast, The Rise and Fall of Mars Hill, the more I knew I eventually would need to listen to it. In 2004, my wife and I left our families and friends behind to move across the country and help start a church in Denver, and the Mars Hill saga rang all too familiar to us.

The Rise and Fall of Mars Hill tells the story of how pastor Mark Driscoll planted and grew Mars Hill Church in Seattle to more than 15,000 members by weaving together Reformed theology, toxic masculinity, celebrity culture and power until it collapsed virtually overnight after Driscoll resigned amidst allegations of abuse.

But Driscoll’s story went far beyond simply his own local church. He also helped found the Acts 29 church planting network, which was heavily involved with planting more than 500 Reformed, complementarian churches and shaping an entire generation of new conservative evangelical churches before Driscoll was removed in 2014.

Like the story of Mark Driscoll and Mars Hill, our story in Denver ended with scandal and abuse by a pastor obsessed with hierarchy and power. And like many whose stories have been told in this podcast, we felt we had to bear our wounds in silence for years.

Because our story involved leaders who were shaped by the Acts 29 and Mars Hill philosophies, I knew that listening to The Rise and Fall of Mars Hill would be triggering. And sure enough, despite some theological differences I have with certain moments of the podcast, I found myself seeing our story in every episode. For the first seven episodes, I felt seen, and I experienced some deepening levels of awareness and healing.

But then they released an interview titled I Kissed Christianity Goodbye with Joshua Harris, the author who helped shape the 1990s purity culture under the direction of CJ Mahaney and eventually became a megachurch pastor before deconstructing his views of dating and eventually leaving Christianity.

“I have a unique glimpse into what’s really going on in all three of these worlds. And I am deeply concerned about what I heard in this episode.”

As somebody who spent more than a decade either in or around Driscoll’s Acts 29 churches and as a member of one of Josh Harris’ Sovereign Grace churches, and as someone who now identifies as an ex-evangelical, I have a unique glimpse into what’s really going on in all three of these worlds. And I am deeply concerned about what I heard in this episode. 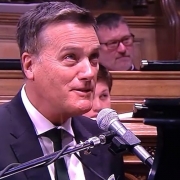 How Michael W. Smith, George W. Bush and one popular worship song expose the problem of Calvinist theology and politics 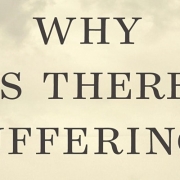 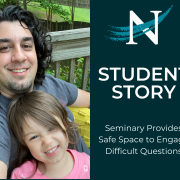 Coffee, conversation and Christianity go together like cups and saucers 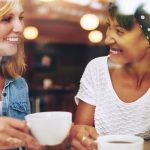 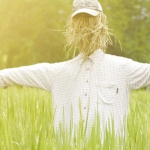 Knocking down the straw man of theological liberalism
Scroll to top