Check out my interview on the Gravity Leadership Podcast!

“Many have listened with great interest to the Christianity Today podcast The Rise and Fall of Mars Hill,exposing the leadership abuses of Mark Driscoll and the fallout among the members of his church. On this episode we will take a closer look at how the podcast itself functions in the same cultural and theological world as Mars Hill, which creates some complexities and conflicts. Jessica and Rick have both written about the podcast with a critical lens, and will join us to reflect on the work that’s needed to be done in the white evangelical culture of the West and what we can learn about ourselves from the rise and fall of Mars Hill.

Rick Pidcock is a freelance writer based in South Carolina. He is a former Clemons Fellow with BNG and recently completed a master of arts degree in worship from Northern Seminary. He is a stay-at-home father of five kids and produces music under the artist name Provoke Wonder. Check out his website for more articles, his album, and his latest children’s book. Connect with him on Twitter. “ 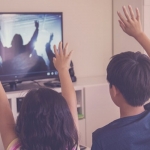 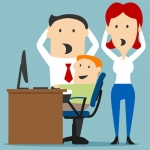