This article originally appeared on February 1, 2022 at Baptist News Global.

“I think it’s time to drop the virtual option,” says Tish Harrison Warren in an op-ed for the New York Times, arguing that churches should stop livestreaming their services.

She explains: “Bodies, with all the risk, danger, limits, mortality and vulnerability that they bring, are part of our deepest humanity, not obstacles to be transcended through digitization. … Online church, while it was necessary for a season, diminishes worship and us as people. We seek to worship wholly — with heart, soul, mind and strength — and embodiment is an irreducible part of that wholeness.”

The goal of connection

Marc Schelske is teaching pastor at Bridge City Community Church in Milwaukie, Ore. Like many small churches, Bridge City moved to fully online services in March 2020, met on Zoom, and livestreamed their services on Facebook.

In an interview with Baptist News Global, Schelske explained that his church saw this as an opportunity to expand the connections it already was embodying, rather than as an obstacle in which they would attempt to replicate their normal services on a screen.

“Our goal wasn’t to produce a three-camera TV show of what we used to do in person,” Schelske said. “Our goal was to keep everyone connected and do it in a way that worked with the tools at hand.”

While many churches were clamoring to return to in-person services as quickly as possible or were claiming persecution from the government not allowing in-person gatherings, Schelske began to realize an opportunity for embodied connection beyond the season of COVID was emerging.

“We thought at first that we were just patching together a short-term solution to keep people connected,” he explained. “But it only took a few weeks to learn that we were doing something we should have done years ago. We were making our gathering accessible to people who could not regularly make it to the building. The reasons were diverse — financial, transportation, work schedule, mental and physical health, age and ability to drive. We’ve been online since the March when the pandemic took off. We’ve met in person only during the summer when we could meet outside. It’s different. It’s not everyone’s favorite. It’s hard at times. But people are attending regularly and participating in real ways, who never could before.”

Technology that includes and transcends

Meanwhile, Warren — an author and priest in the Anglican Church in North America —believes livestreamed worship services should be dropped altogether.

This is a tale of testicles, fertility, the length of men’s hair, and one... 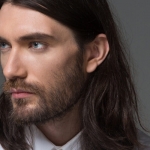 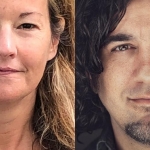 Interview: “What’s Missing From the Rise and Fall of Mars Hill Podc...
Scroll to top