This article originally appeared on May 25, 2022 at Baptist News Global.

In the wake of the Guidepost report that Southern Baptist Convention executive leaders covered up knowledge of sexual abuse for decades, we are reminded once again of how religious abuse has deeply traumatized millions of our neighbors.

One of the ways evangelicals have processed a growing awareness of religious abuse has been through starting conferences. The Exiles in Babylon Conference offered many helpful insights to racial trauma but continued to advance narratives that have caused sexual trauma in the church. The Restore 2022 Conference brought complementarians like Karen Swallow Prior and egalitarians like Scot McKnight together to discuss topics such as where God is during abuse, healing from religious trauma, and how churches enable abuse. Their goal was to address these issues within the framework of “restoring faith in God and the church.”

Because spiritual growth tends to evolve slowly, conferences such as these can be helpful for evangelicals to begin becoming aware of how power dynamics within their worlds foster abuse.

But too often with these conferences, there are underlying theological assumptions that fuel power dynamics that do not get questioned to the degree that they should. And when your stated goal is to restore faith in the church, you have theological territory to protect and are invested in a certain outcome that people who have been traumatized by the church may not be ready for or interested in.

Many people are having enough and deciding to leave evangelical churches while mourning the loss of their communities and hoping to discover a healthier experience of Christianity.

But many are leaving Christianity altogether.

And are progressive evangelicals any healthier at silent listening?

“Must Christians always be leading and talking?”

Or must Christians always be leading and talking?

The Conference on Religious Trauma held its second annual meeting this month to create a space for these conversations. In an interview with Baptist News Global, Janice Selbie —founder of the conference — explained, “Christians, both fundamentalist and progressive, have plenty of support. CORT was developed for those outside such support. It’s a space where those recovering from the harmful impacts of religion can find validation and encouragement as they build healthy new secular lives.”

“There are widespread assumptions that religion in general is good or at least harmless,” CORT’s website explains. “Yet people are seriously hurt by religious doctrines and practices every day. This has to end.”

The tangled web of evangelical opposition to abortion while believing in original... 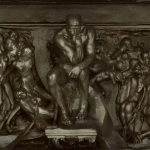 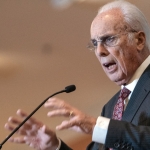 What has John MacArthur actually said about race, slavery and the Curse of ...
Scroll to top