This article originally appeared on June 20, 2022 at Baptist News Global.

“This whole genealogical effort could lead to a new genre of bumper stickers, I think, like ‘My forefathers were Philistines’ or like ‘Goliath was in my family’ or ‘I come from a long line of Hittite kings’ or here’s a good one, ‘My ancestors killed your ancestors.’”

In 2001, John MacArthur delivered that line to roaring laughter from his congregation. In a sermon dealing with slavery.

This and other cringe-worthy things MacArthur has preached about race and slavery came to the attention of social media users last week when Illinois pastor Sharon Autenrieth tweeted, “I have just read a long sermon in which John MacArthur promoted the ‘Curse of Ham’ racial theory in 2001. He was in his early 60s at the time. Can we PLEASE stop talking about this guy like he’s the assistant manager to the Trinity?”

In the world of conservative evangelicalism, MacArthur is held in that kind of high esteem.

After he spent three years at the notoriously segregationist Bob Jones University from 1957 to 1959, he returned to Los Angeles to follow in the footsteps of his father as a pastor. He completed an undergraduate degree at Los Angeles Pacific College and a master of divinity degree at what then was the brand-new Talbot Theological Seminary.

In 1969, at age 29, he became pastor of Grace Community Church in Los Angeles, a post he has held ever since. He also leads The Master’s University and The Master’s Seminary, which boasts of having graduated “more than 1,800 men.” He’s the voice of the international radio ministry “Grace to You,” a bestselling author and editor of more than 150 books and was named by Christianity Today as one of the 25 most influential pastors of the past 50 years.

It is impossible to overstate the power MacArthur wields and the influence he has had on shaping the world of conservative evangelicalism today.

“It is impossible to overstate the power MacArthur wields and the influence he has had on shaping the world of conservative evangelicalism today.”

Scott Coley, who serves on the philosophy faculty at Mount St. Mary’s University, retweeted Autenrieth and went on to add: “John MacArthur has been at the forefront of the anti-justice movement within white evangelicalism (which has spilled over into right wing politics at large). And here he is, using the Bible to craft a myth that legitimizes racial hierarchy. He and his colleagues deny that systemic racism is to blame for racial disparities in wealth, income and opportunity. So what explains such disparities? According to John MacArthur, it’s the curse of Canaan. … Not incidentally, 10 out of 10 white supremacist theologians used *precisely* this logic to justify race-based, chattel slavery in the 19th century, as did segregationists in the 20th century. … Whatever you do, stop listening to John MacArthur. He regularly manipulates Scripture to legitimize his own extra-biblical social agenda.”

Sociologist Samuel Perry of the University of Oklahoma tweeted, “Wow. Just one of the most famous contemporary evangelical radio preachers and authors promoting the Curse of Ham like it was 1850.”

Naked Noah, cursed Canaan, and a justification of genocide

In a series of sermons from Genesis preached during the summer of 2001, MacArthur laid out the case that many white supremacists have used throughout history to promote racism and defend slavery.

He began by sharing the story of Noah getting naked in his tent after the flood, discovering that his son Ham had seen him, and cursing Ham’s son Canaan to be “a servant of servants … to his brothers.” MacArthur pointed out that Canaan would serve Shem, while Japheth would be “enlarged.”

“MacArthur laid out the case that many white supremacists have used throughout history to promote racism and defend slavery.”

He then moved into a discussion of Israel’s destruction of the Canaanites. And while many conservative evangelicals try to find other ways to describe the Canaanite conquest than to call it “genocide,” MacArthur is totally fine setting aside his own humanity and embracing it as genocide.

“To any normal person, the thought of genocide, going in and massacring an entire population of people, was a frightening thing,” he said. “Natural human affections would cause some revulsion against such a command. It must have been a very, very severe challenge to their righteousness thinking to see themselves going into a land and committing genocide. It’s massacring the Canaanites. Taking their land, taking their homes, and taking their lives.”

The reason MacArthur gave to justify this genocide was that “Canaan and his progeny was cursed. … And so when Israel heard this read, they knew they had a cursed ancestry, and that they were acting on the basis of divine judgment which had already been determined, giving them historical justification for being the instrument of judgment on Canaan.”

The ‘wickedness’ of Sodom and Gomorrah, and Africa

As Brock Bahler, a philosophy of religion professor at the University of Pittsburgh, points out, in the Middle Ages, “a dominant map of the world in Europe was the T-O map that associated three known continents — Africa, Europe & Asia — w/ Noah’s three sons. This doesn’t become racialized until after colonial era.”

MacArthur echoed this misunderstanding from the Middle Ages, asserting: “Japheth is the father of what we call Indo-European nations. … Our forefathers in Europe, obviously, were the descendants of Japheth.” He also claims that Japheth’s descendants migrated through Russia to Alaska and down through North and South America.

He claimed Shem’s descendants are Semites who became the Jews.

“He claimed Shem’s descendants are Semites who became the Jews.”

And what of the cursed descendants of Ham? MacArthur confidently proclaimed: “If you study the territory of Ham, the territory of Canaan coming from Ham, it included Sodom and Gomorrah … afterward, the families of the Canaanites were spread abroad. … Wicked, wicked people. Corrupt and corrupting.” Then the following week, MacArthur added, “Ham settles the south: Africa and to Asia.”

During a Q&A session from 2010, somebody asked MacArthur how we have so many races. And according to the text from the “Grace to You” website, MacArthur responded, “It seems that Ham became a more servile people and may have moved south and wound up in Africa.”

Pseudoscience about the Tower of Babel and genetics

Bahler goes on to describe how “biblical literalists came up with all kinds of wild theories to get white supremacy to work w/ the Bible,” with some claiming that “Blackness was the curse of Cain,” others calling it the “curse of Ham,” and others claiming skin color was determined by “a divine act created at the Tower of Babel.”

MacArthur decided to go with all of the above, while mixing in his own shot of pseudoscience. 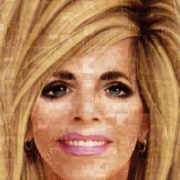 What I learned listening to others who have left the faith 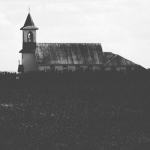