This article originally appeared on October 27, 2022 at Baptist News Global.

One of the biggest trends in entertainment today is true crime dramas about serial killers. Forbes reported in 2020 that it was a “great year for fictional serial killers.” And now, two years later, our fascination with mass murder is continuing, but with a focus on true stories.

Apple TV’s Black Bird tells the story of Jimmy Keene, who was imprisoned for drugs and worked with the FBI to earn the trust of Larry Hall, who was believed to have murdered 20 young girls.

Although not a show about a serial killer, The Watcher on Netflix is a true crime mystery based on a story that was published in New York Magazine in 2018 about a family who purchased their dream house and began receiving threatening letters from a stranger.

Another true crime drama that has been climbing the charts has been the Netflix series Dahmer — Monster: The Jeffrey Dahmer Story. Dahmer already has become Netflix’s “second most popular English-language series of all time … in just its third week of eligibility,” passing such popular shows as Bridgerton. With 3.7 billion minutes viewed in just one week, it was the No. 1 show according to Nielsen’s rankings of original streaming shows, including “the chart’s 10th-biggest tally ever in its 110-week history.”

Dahmer explores the true story of how Jeffery Dahmer murdered 17 men and boys between 1978 and 1991. In addition to murdering his victims, he also committed necrophilia and cannibalism. But despite the deeply disturbing nature of his case, it was determined he was legally sane. Dahmer was sentenced to 16 life terms but died in November 1994 from being beaten in prison by another inmate.

Why we watch serial killers

According to polling data by Morning Consult, 62% of adults in the U.S., including almost 80% of Millennials, say they are casual to avid fans of shows or movies about serial killers.

The reasons for watching content about serial killers varies. When asked what the major reason was for watching, respondents said:

When adding together the major and minor reasons for watching serial killer content, Morning Consult noted that “89% said ‘the psychology of the serial killer’ is a reason they find the content interesting, while 84% cited ‘the suspense’ as a reason. According to experts, many viewers are drawn to this type of content because it serves as a form of escapism, or due to the adrenaline rush it provides.”

Ryan Murphy, who created both Dahmer and The Watcher, said his reason for creating Dahmer was to raise awareness on who Dahmer’s victims were and to emphasize how many of them were gay Black men.

Of course, any show that is produced has to be concerned about ratings and about telling an artistically compelling and coherent story. Anne E Schwartz with a poster for her book about the Dahmer murders.

In 1991, journalist Anne E Schwartz, who was working as a crime reporter for the Milwaukee Journal, was contacted by the police regarding a human head and various body parts they had discovered in an apartment. In an interview with The Independent, Schwartz said that due to the “artistic license” that was taken, the Dahmer series “does not bear a great deal of resemblance to the facts of the case.”

According to Schwartz, the odors coming from Dahmer’s apartment smelled like chemicals rather than bodies, the police officers were not racist and homophobic, and Glenda Cleveland lived in a separate building, rather than in the next-door apartment.

Additional differences include combining characters’ stories, having Dahmer wear his glasses during the trial even though he intentionally chose not to so that he wouldn’t see people and panic, depicting his father teaching Dahmer how to dissect roadkill when all he really did was teach him how to preserve animal bones, showing sounds of power tools coming from Dahmer’s apartment when in reality all his neighbors heard was music, and making Dahmer’s neighbors appear to be suspicious of him when they actually thought he was a friendly, introverted geek who they would occasionally have a beer with.

A clash of perspectives

Because 89% of U.S. adults indicated that the No. 1 reason they watch shows about serial killers is that they want to learn about the psychology of the serial killer, show producers have to focus on getting into the minds of the murderers.

In Dahmer’s case, the series explores his troubled childhood — including an absent, drug-addicted and suicidal mother, an absent, work-focused father, and a history of being misunderstood or bullied at school. It also delves into his struggle to process his sexuality and even frames his cannibalism as an expression of his sexuality.

“One of the most common criticisms of the series has been that it doesn’t focus on the perspectives of the victims enough.”

Another perspective the series explores is the perspective of the victims. Episode six in particular focuses on Tony Hughes, who was a deaf man Dahmer murdered. Much of the episode plays with muffled sounds to help the viewer identify with the experiences of Hughes. Yet one of the most common criticisms of the series has been that it doesn’t focus on the perspectives of the victims enough, as demonstrated in the final scene of episode six bringing the attention back to Dahmer rather than commemorating Hughes.

https://rickpidcock.com/wp-content/uploads/2022/10/AAAABQJ6J1EWw0AroZMNRKXCP1iNsVG2nXr2K4_jRDNLbj0HlPqY7d2OoHs33Rxyf9-m4BYaYoPOTyJLFSJBOoTh0pvlbdZkHKtEe-JLifnPsFjld6wv7PgpPFfzPMFJcOPjhmKEkg.webp 254 512 Rick Pidcock http://rickpidcock.com/wp-content/uploads/2021/08/transparent.png Rick Pidcock2022-10-27 11:06:272022-10-27 11:06:27Our obsession with true crime dramas and what ‘Dahmer’ teaches us about heaven and hell 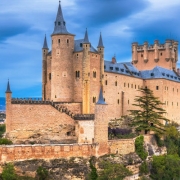 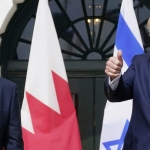 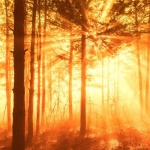 On Halloween, thoughts about passing from darkness into light
Scroll to top