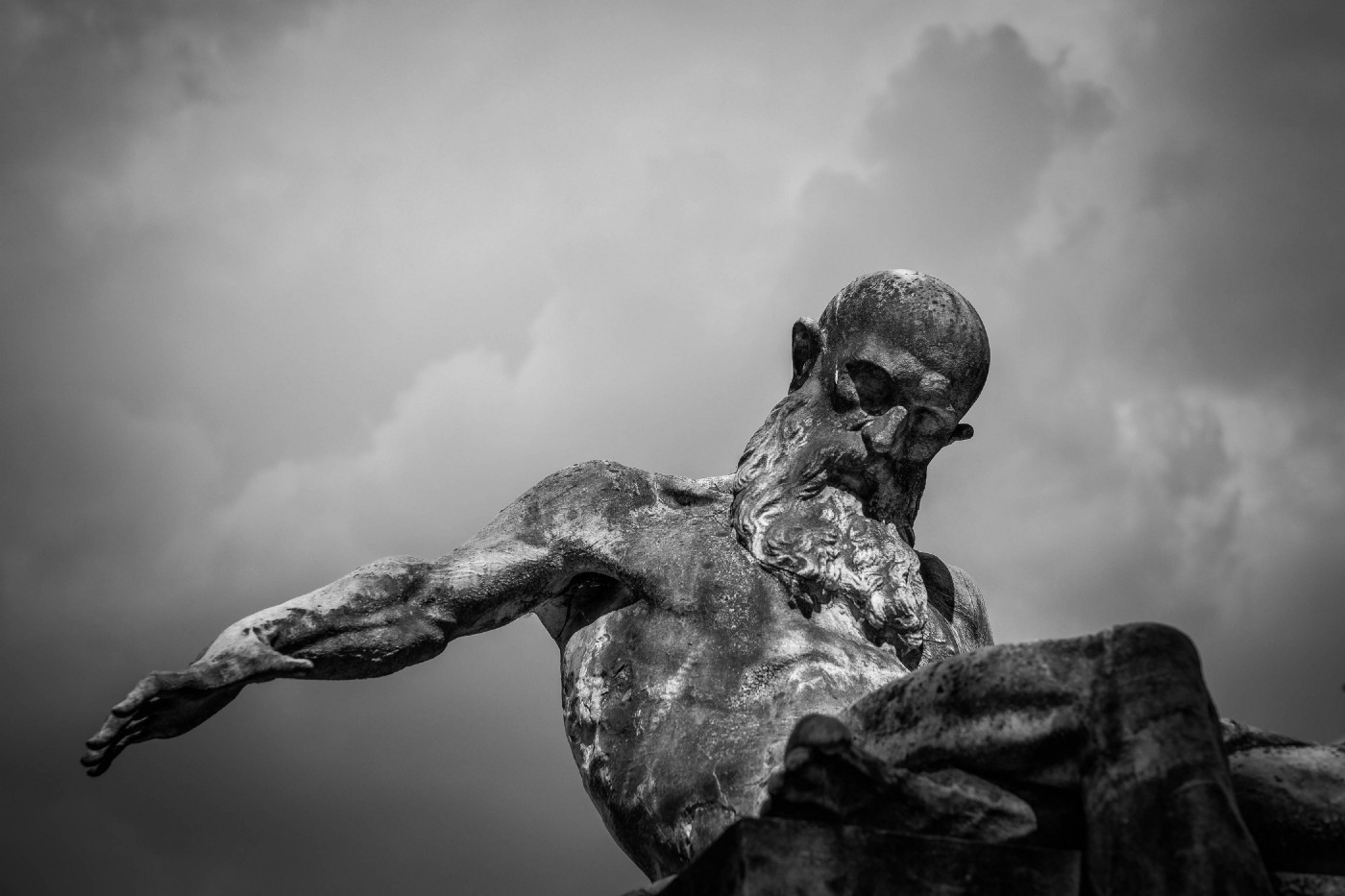 This article originally appeared on June 26, 2021 at Medium.

For one of my seminary classes, we had to write a pastoral letter to someone about the commands in the Hebrew Bible for Israel to kill their neighbors. We were given a number of academic resources that we were to interact with to explore how Christians have dealt with these passages. Then we had to share our own thoughts in a way that affirmed Christian faith. So the style was supposed to be a blend of academic and pastoral writing. Ultimately, I found none of the scholars to be compelling. So I added a couple scholars and an entirely different hermeneutic altogether. Here is my letter.

I’ve enjoyed our conversations over the past couple of years as my theological journey has shifted so much. As you know, one of the first differences that came up was my condemnation of the conquest against the Canaanites. So I figured I’d write you a letter to share a number of different ways that Christians have attempted to handle this issue and how I evaluate their ideas. And then I’d like to share how I believe I can remain as a Christian while rejecting these portraits of God, and how I’d interpret them today.

For most of my life, I was very much in line with John Piper, who says that God is ultimately about his own glory, that we all deserve hell, and so God’s sovereign decree of anything less than that here on the earth shouldn’t be questioned. But when I began my journey with 10,000 Fathers five years ago, I began becoming aware of how hurt I was. As I became aware of my own wounds, I grew in empathy and a healthier love for myself. But then I became aware of my neighbors’ wounds and grew in empathy and love for them as well. So as my self-awareness and neighbor awareness grew, my God awareness began to have questions. How could God command the violent murder of our neighbors?

Before we can process what happened, we have to face what happened. According to Joshua, the Israelites demolished Jericho, Ai, and five southern cities along with everyone in them, with women and children listed among the victims. Then they began killing everyone in the northern cities along with the Anakites of the hill country. It’s bad enough simply imagining a generic killing of women and children. But consider the brutal nature of these killings. They literally stabbed them to death. Imagine your five year old son being stabbed, falling to the ground, and choking up blood while he hears his mom running for his baby brother only to hear them get stabbed too. It’s beyond horrific.

Also disturbing to me is who survives the slaughter and how they are dehumanized. According to Deuteronomy 20:14, the Israelites were allowed to take the women, children, livestock, and everything else from the distant cities “as plunder for yourselves” to be used. According to Deuteronomy 21:11, the Israelites were allowed to take sexually attractive women captives as their wives as long as they followed a process. And according to Numbers 31:18–54, they were to save the virgins for themselves as part of the booty amongst the animals. It seems odd to me that in a patriarchal society, the ones who are taken alive or kept for booty just happen to be the sexually attractive women and the virgins.

While it may be tempting to simply reject any attempts to make these texts sound more reasonable, it’s important for those who want to be a part of the Judeo-Christian conversation to consider how others within the community have wrestled with these texts. After all, these texts are part of our theological heritage.

Christopher Wright admits that none of these typical ways of dealing with the conquest removes “the emotional and moral pain and revulsion,” yet he still wants to maintain that “God knew what he was doing” both in the conquest and in the writing of the Bible. Wright says that the Canaanites were the enemies of Yahweh, rather than simply of Israel. He attempts to show how the concept of herem, where people could be devoted to destruction for the gods was something that everyone did back then. But the most convincing point in all of Wright’s writing is that he’s unconvinced of virtually anything he proposes, as evidenced in his repeated apologies and admitting that he’s not satisfied with what he’s saying.

Paul Copan and Matthew Flanagan treat the conquest in more of an apologetic posture, focusing on its rationality. They claim that it is incoherent to criticize the command to kill innocent babies because God could have a greater purpose in mind. They also assert that it is rational to believe that it’s normally wrong to “bludgeon babies,” while also giving an occasional exception for a compelling reason. Ironically, when they try to intellectually defend the Numbers 31 passage of killing all the women but keeping the virgins for yourselves, they say that the women had to die because they were seducing the men. But why spare the virgins then? Quite frankly, the way this book reduced the bleeding, dying bodies of Canaanite babies, girls and boys, virgins, women, and even men for that matter to mere issues of rationality and coherence was very difficult for me to stomach.

William Webb and Gordon Oeste do a better job of naming the brutality of the conquest, while giving a range of options to consider from traditional to anti-traditional perspectives and trying to find a middle ground. However, while they admit that Numbers 31 is speaking of war rape, they claim that they’ve discovered “some surprisingly positive developments around war rape.” They point out that at least the rape didn’t happen during battle, or wasn’t glorified in art, or didn’t reduce the rape victims to prostitution.

Unlike everyone I have mentioned so far, Greg Boyd approaches these texts by subjecting them to the revelation of God in Jesus. Boyd believes that the Hebrew Bible presents Yahweh in a chaoskampf, which is a motif of being in conflict with chaos. Because the Israelites conflated the earthly and heavenly realm, Boyd believes they confused their earthly enemies with Yahweh’s heavenly enemies. Boyd frames God’s judgment, not as an active killing, but as a grief-filled giving over that causes evil to destroy itself. Then at the cross, Boyd says that God reveals God’s true nature by descending to allow the warrior depictions of God that God allowed humans to wrongfully accuse God of to die.

It’s ironic to me that while we’re discussing the idea of women and babies being slaughtered and virgins being plundered, that the main scholars we’re referencing here are all white men. Greg Boyd, who denies that the Canaanite conquest was God’s will, is a powerful white man who creates a theology of the cross based on a superior being descending. Wouldn’t it make more sense, when we’re discussing the violent oppression of women and other ethnicities to consider how marginalized communities would read these stories?

For example, the Black liberationist theologian James Cone sees the cross, not as the descending of a superior being, but as the revelation of God identifying with a crucified people. While Boyd focuses on the cross from the perspective of the powerful descending, Feminist scholar Catherine LaCugna focuses on the Trinity as equal and unique persons in relationship together, with political implications being drawn from the life of Christ. Bringing the voices of Black and Feminist scholars to this conversation would help us frame our discussions from the perspective of the oppressed and within a metaphysic of relationship rather than hierarchy.

By framing this discussion from the oppressed and in relationship, we can recognize the complexity of the oppressor and the oppressed in all of us. As women and babies were bleeding out and virgins were being plundered, they were being oppressed by Israelite warriors. But as an emerging community of slaves and exiles, Israel was also oppressed.

I would suggest that rather than trying to find “some surprisingly positive developments around war rape” as Webb and Oeste suggest, that we develop a hermeneutic based on the love-ethic of Jesus. By seeing both the Canaanites and the Israelites as our neighbors, we can lay with them in their suffering and stand up to them in their oppression. And in seeing their complexities come out through the text, we can see the complexities of oppressor and oppressed in ourselves as well. Thus by reading the text from the love ethic of Jesus, we move closer to how Jesus would have interpreted the Hebrew Bible as “You heard it said, but I say to you to love your neighbor as yourself and love your enemy.”

I ran this idea by Dr. Robinson, who is one of my professors. He said, “That sounds brilliant — especially since I’m an ethicist. The idea of applying Jesus’ love-ethic to the people of Israel is fascinating! And this avoids the anachronism that often accompanies people trying to project Jesus onto a human culture 1,000 years before he lived.”

There is so much more to say. But rejecting all forms of oppression, positioning ourselves among all of the oppressed, and cultivating a relational love of self and neighbor that moves toward liberation for all is where I’d like to see this hermeneutical conversation go from here.

Here are the works that I interacted with in the order that they appeared in the letter.

Christopher J. H. Wright, “What about the Canaanites?” in The God I Don’t Understand: Reflections on Tough Questions of Faith. (Grand Rapids, MI: Zondervan, 2008) 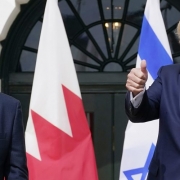 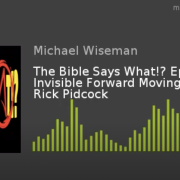 The role of seminaries in guiding ex-evangelicals like me through deconstru... 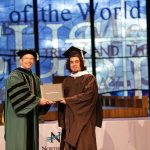 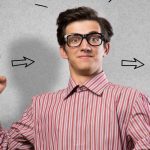 Meet the Theobros, who want you to know they’re right about everythin...
Scroll to top